The U.S. Air Force is the youngest service branch of the U.S. Armed Forces (I know there’s the Space Force, but that’s a story for another day and as of right now, they’re just using the same medals as the Air Force). Prior to the Cold War, aerial warfare was part of the Army with the sub-branches of the Army Air Corps and the Army Air Force. The National Security Act of 1947 established the U.S. Air Force as a separate branch and on September 18, 1947 the Air Force became independent and began its own operations and forming commands. 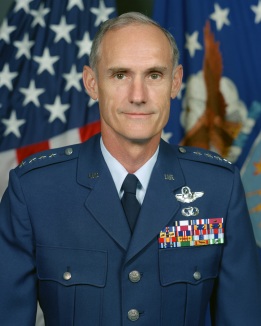 During the Air Forces’ early years, they borrowed heavily from the Army’s list of awards and decorations. It wasn’t uncommon for a Air Force veteran that served during the Korean War to be awarded the Army Good Conduct Medal. Following the Cuban Missile Crisis, the Air Force began drafting its own award system and designing the decorations. More awards were established during and after the Vietnam War and with the creation of the Space Force, proposals for new awards have been issued too. Ribbons and medals made especially for the Air Force include, but are not limited to the Air Force Cross, Airman’s Medal, AF Longevity Service Ribbon,  AF Training Ribbon, AF Special Duty Ribbon, and the Aerial Achievement Medal. While the Air Force does not issue extensive marksmanship badges as the Army does with all the different weapon bars, they do issue ribbons that indicate proficiency with small arms and receive appurtenances for multiple awards. The Air Force does issue a wide arrange of badges that cover everything from pilot wings, to flight surgeons, and to one of the most coveted, the astronaut badge.

Army and Air Force awards are varied in their qualifications and design, but it doesn’t end there. How Air Force medals requests are processed is different too. In the previous post on Army Medals (For Distinguishing Service), an Army veteran just needs to submit a request through the National Personnel Records Center, a technician submits the pertinent information to the Army TACOM, who re-issues the medals; a process that be done multiple times. The process for Air Force veterans is marginally different and here’s why:

The F-16 Fighting Falcon jet fighter. The F-16 is famous for having multiple variants and was the primary USAF fighter jet used during the Gulf War and is still in operation today (Photo courtesy of the USAF)

NPRC technicians submit Army medals information directly to the Army via online through TACOM which generates an immediate request number for veterans to follow-up on later. For Air Force medals, technicians complete an NA Form 13059 ‘Transmittal of And/Or Entitlement to Awards‘. The form is a long list of every medal, ribbon, and decoration issued by the Air Force and a technicians checks off boxes corresponding to the veteran’s entitled award.  Unit awards are also included and technicians compare OMPFs to these lists, similar to the Army unit awards. The completed form is copied three times:

Awards and decorations come directly from the AFPC, not the NPRC. Once they have the NA Form 13059, it remains in their queue until completed. The Air Force keeps this document to ensure that the medals are only re-issued once. Depending on the nature of the request (wanting replacements, petitioning for a new medal, etc.) sometimes the process can take months or even years; it all depends on the AFPC’s priorities.

Award eligibility is slightly different between the Air Force and Army too. What are automatic awards for one branch are reciprocal for the other. A signature example is the Republic of Vietnam Cross of Gallantry with Unit Palm Citation. This foreign award was retroactively awarded to all Army veterans, but not to the Air Force. Only those who were awarded the medal while serving in Vietnam can request it again. Air Force veterans that served in Vietnam do automatically receive the Republic of Vietnam Campaign Medal with 1960 device for service in country.

Let’s look at some examples of Air Force medals! Assume that for the following scenarios that the veteran has the supporting documentation in their record:

That was pretty easy! Now let’s do a more difficult one. Again, assume the veteran has all the supporting documentation:

On top of all these awards, because there’s documentation that he’s a combat pilot, he gets a pilot’s badge above the ribbon rack:

I hope that you’ve enjoyed reading about U.S. Air Force awards and decorations! For my next installment, I’ll have a combined U.S. Navy / Marine Corps article as they share nearly all of the same types of medals. Additionally, the Navy and Marine Corps have a huge array of retroactive award policies, specific rules on automatic and unit awards, and awards for naval ships and vessels too. Even though the share many of the same medals, there are a couple of tiny differences between the Navy and Marine Corps, but we’ll go through it all!